5G Auction To Take Place This Year, Trial In 100 Days

Trials of fifth-generation (5G) airwaves will begin in 100 days and the first auction of 5G spectrum will be held this year, telecom minister Ravi Shankar Prasad said, more than two years after the failure of the last auction had temporarily halted spectrum sales.

The department of telecommunications (DoT) will auction spectrum for 5G and other bands in 2019, Prasad said after taking charge as telecom minister on Monday. 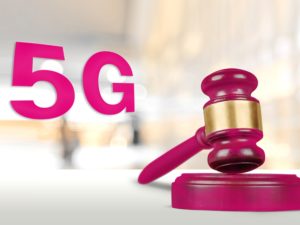 Mint reported that in August 2018, the Telecom Regulatory Authority of India (Trai) had recommended to DoT auction of 20 megahertz (MHz) blocks in the 3,300-3,600MHz spectrum band, the airwaves earmarked for 5G, at ₹492 crore per MHz. The regulator also suggested reserve prices for non-5G bands.

The decision on an early auction assumes significance as it is a major source of government revenue. The government had raised ₹65,789 crore the last time airwaves were auctioned in 2016-17.

The fate of this year’s auction is yet to be seen, with India’s largest telecom operator Vodafone-Idea Ltd suggesting 5G should not be auctioned before 2020, and Bharti Airtel Ltd, the second-largest operator, asserting that it will not bid at the current prices.

Other priority areas
The government also aims to roll out 500,000 public Wi-Fi hotspots on priority, he said. This is expected to boost digital connectivity, shift a big chunk of internet traffic from mobile networks to cheaper and faster Wi-Fi networks, ease network congestion and potentially bring down call drops.

Expediting domestic manufacturing of telecom equipment and creating a broadband readiness index to rank states will be other focus areas for DoT.