The government’s premier think tank Niti Aayog and the ministry of electronics and IT (MeitY) are debating over the creation of an artificial intelligence mission. 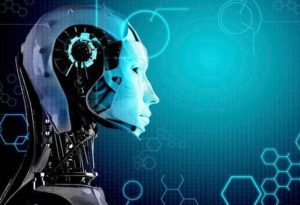 In an inter-ministerial meeting held earlier this month, MeitY officials verbally raised concerns over the many overlaps between Niti Aayog’s 7,000-crore AI road map, and its own work in the area, a government official familiar with the development told Economic Times.

A top Niti Aayog official informed the News Daily that the AI mission could not be the monopoly of a single ministry. According to the person, it should be a national movement and all departments should adopt machine learning (ML) and artificial intelligence (AI) while ensuring there is no duplication of work.

What’s the agenda?
Niti Aayog’s roadmap includes setting up five centres of research excellence, 20 institutional centres for transformational AI and a cloud computing platform called AIRAWAT. The think tank, which has got approval from the finance ministry’s expenditure finance committee (EFC) for its proposal, will take it to the Union Cabinet, the Niti Aayog official added.

MeitY had opposed Niti Aayog’s role in developing AI several times in the past. MeitY has sent a separate Rs 400-crore proposal, on setting up a national AI program, to the Expenditure Finance Committee (EFC) for approval.

Various analysts and academia stalwarts are of the opinion that the Indian industry should take the lead to invest in AI. However, it is a matter of time now to see how things take shape amidst the growing issue between the two leading bodies of the country.