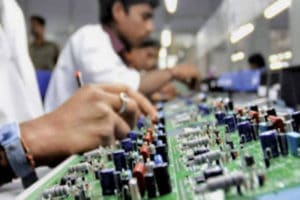 The global automotive electronic control unit market size is projected to reach $84.0 billion by 2027 as per a report by Fortune Business Insights. It will grow at a CAGR of 1.7 per cent during the forecast period as per the report.

It said that due to growing adoption of integrated ECUs by car-buyers will lead to sustained progress of this market. Electronic control units are designed to automate the core functions of vehicles, which not only elevate their efficiency but also make them safer and smarter. Integrated or single-system ECUs have emerged as an alternative to the multiple ECU systems.

The report states, “For example, a multiple ECU system is expensive as it consists of different parts, while an integrated ECU is naturally less costly as it’s a unified system, which is also easier to design. Similarly, carmakers need to invest fewer hours and monies in testing single ECU systems as there is only one unit that needs to be tested; for multiple ECU systems, more time and money are required for testing, thereby inflating development costs. Thus, the cost-effectiveness and operational efficiency of integrated ECUs are fueling their adoption and boosting the growth of this market.”

It said that the economic fallout in the automotive industry precipitated by the COVID-19 pandemic is likely to hit the automotive electronic control unit market growth. For example, according to the Oxford Business Group (OBG), in March 2020 the demand for light vehicles in the European Union shrunk by 44 per cent, while in the ASEAN it contracted by 40 per cent.

In the US, passenger vehicle sales reduced by 46 per cent in April 2020, the OBG reported in June. Declining sales, lockdowns, and social distancing also forced several automakers to close their manufacturing plants.

Asia Pacific dominated the automotive electronic control unit market share in 2019. It took a market size of $35.5 billion. It is expected to retain its apex position during the forecast owing to the rising willingness among consumers in the region to purchase high-end cars.

In North America, the top growth driver for the market will be the increasing preference for advanced automotive ECUs for enhanced safety of occupants. It added that the market in Europe is anticipated to showcase an impressive growth trajectory on account of the strong presence of some of the world’s biggest automakers like Volkswagen and BMW, in the region.

Flexible Batteries To Create A $500 Million Market In 2030: IDTechEx