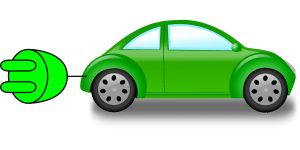 Image for representational purpose only

According to a report by Economic Times, Turkey is projected to have 2.5 million electric cars in 2030 said a report by Shura Energy Transition Center. As per the report, this will make up 10 per cent of the total vehicle stock in the same year. The report also projected that the the total number of EVs globally could increase to between 120 million and 250 million by 2030.

The report said that at present, every 154 people out of 1,000 owns a vehicle in Turkey. It added that the sales of battery and plug-in hybrid EVs will reach 55 per cent of all vehicle sales in the same year.

The report is titled, “Transport sector transformation: Integrating electric vehicles into Turkey’s distribution grids.” The report also mentioned that to charge these vehicles, five types of charging options that can differentiate between home, workplace and public charging have been considered at alternate (AC) and direct current (DC) levels.

The report also said that that a total of one million charging points have been assumed and up to 25,000 of these are DC level fast chargers. To estimate the distribution grid impact between 2018 and 2030, an hourly resolution distribution grid model has been developed. This has been done based on real grid data that represent Aegean, Central Anatolia, Marmara and Mediterranean regions of Turkey.