Apple Plans To Shift 20 Per Cent Of Production Capacity To India From China: Report 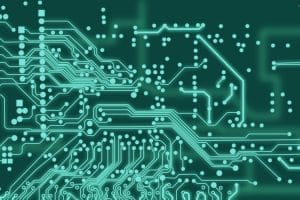 As per a report by the Economic Times, Apple is examining a proposal to shift nearly 20 per cent of its production capacity from China to India and boost up its local manufacturing capabilities through its contract manufacturers. The report also said that it aims to achieve $40 billion worth of production over the next five years.

The report said that a senior government official the Economic Times that they expect Apple to produce up to $40 billion worth of smartphones, mostly for exports through its contract manufacturers Wistron and Foxconn. It can be done by availing of the benefits under the production-linked incentive (PLI) scheme.

The report added that sources close to the company’s plans said that there are few reservations on the government’s PLI scheme. It was recently announced to incentivise local handset manufacturing and exports.

As per the report, officials in the government said that they will look into all the concerns as the Centre is focussed on bringing hi-tech manufacturing to India. Prime Minister Narendra Modi met top executives of Apple, Samsung, and  Lava on December 28 last year to start the process.

The report said that the official said that India is not a big market for Apple as the company sells only a fraction of its total output in India. It is looking at India as a base to manufacture and export to diversify its production out of China.

A report by IDC said that in 2018-19, Apple held a 38 per cent market share of global handset exports. Samsung took second place with a 22 per cent share.

A company has to manufacture at least $10 billion worth mobile phones in a phased manner between 2020 and 2025 to avail of the benefits of the PLI scheme. The applicant has to meet the targets on a yearly basis.