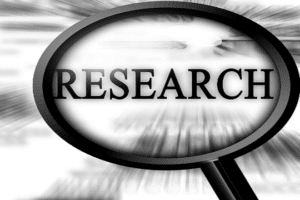 The worldwide battery management system (BMS) market is anticipated to reach $14,422 million by 2026 as per a report by Polaris Market Research. In 2017, the lead-acid batteries dominated the global market, in terms of revenue. North America is expected to be the leading contributor to the global market revenue during the forecast period.

It added, “The demand for electric vehicles has increased significantly over the years owing to increasing prices of gasoline prices across the globe, which leads to increased adoption of battery management systems. The exponential growth in the prices of gasoline and diesel owing to the depleting fossil fuel reserves has encouraged consumers to switch to battery based electric vehicles. “

In 2017, centralized topology accounted for the highest market share. However, during the forecast period distributed and modular topologies are expected to represent strong growth. Modular topology offer high computational power, and enhanced safety. Modular topology is also increasingly being used for various applications such as drones, electric vehicles, and energy storage systems among others.

The report added that North America generated the highest revenue in the market in 2017, and is expected to lead the global market throughout the forecast period. This is due to increasing demand for alternative fuel vehicles, especially the electric-vehicles is expected to drive the growth of battery management systems in this region.

It added that, ” Growing use of BMS in renewable energy storage systems also accelerates the adoption. Asia-Pacific is expected to grow at the highest CAGR during the forecast period owing to increasing demand for BMS from countries such as China, Japan, and India. The presence of large number of automotive manufacturers and portable device suppliers also augments the growth of this market in the region.”

The various end-users of battery management systems include medical, automotive, telecommunication, consumer electronics, military, and others. In 2017, consumer electronics accounted for the largest share in the global market, and are estimated to grow at a substantial rate during the forecast period. The automotive segment is expected to grow at the highest CAGR during the forecast period. This is due to increasing applications, stringent government regulations regarding vehicular emissions, increasing acceptance of electric vehicles.