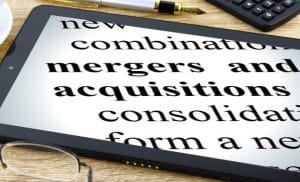 As per a report by the Hindu, Finland’s Salcomp has acquired Jabil Circuit, a U.S.-based electronics maker which had been defunct for over a decade. It is within the Nokia Telecom SEZ in Sriperumbudur, near Chennai.

Sasikumar Gendham, MD, Salcomp India told The Hindu that this was the first company that went defunct in the Nokia SEZ in 2009. This plant will commence production by mid-2021. The report said that he added that since the plant was closed for over a decade, a lot of renovation work needs to be done. The company will manufacture electronic and electro-mechanical parts that go into phones but refused to divulge the deal value. The report added that sources said the final transaction was worth ₹42.50 crore.

Salcomp recently acquired Nokia’s defunct plant at Sriperumbudur. The report added that Gendham also said very soon the Nokia SEZ would be renamed Salcomp Park. Work is in progress and the company is working with government officials on this. He added that with all the acquisitions Salcomp’s revenue will grow multifold in 2021.